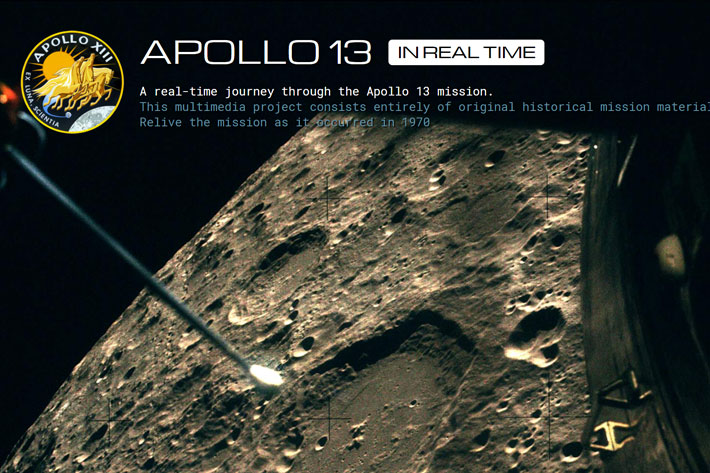 Ready to experience the Apollo 13 voyage in REAL TIME 50 years later? Watch and re-live the entire mission as it occurred in 1970! Use your time at home to discover the lunar mission that never reached its goal but showed how mankind can overcome problems. Join the Apollo 13 mission in progress, from the comfort of your home, and share this experience with family. You can also use social media to share the website with your friends.

The importance of film and stills to tell stories is fully understood when you watch a project like Apollo 13 in real time.  The website, launched on the exact day that the Apollo 13 launched,  50 years ago, recreates the mission based on archived materials now put together for a multimedia experience. All mission control film footage, all on-board television and film footage, all Mission Control audio (7,200 hours), 144 hours of space-to-ground audio  and all on-board recorder audio tells us the story of the Apollo 13 mission as it happened, 50 years ago. 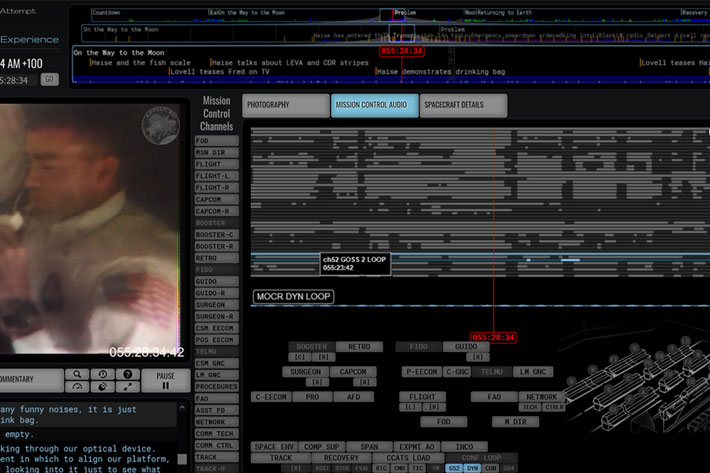 The missing tapes from Apollo 13

The website consists entirely of historical material, all timed to Ground Elapsed Time–the master mission clock. Footage of Mission Control, film shot by the astronauts, and television broadcasts transmitted from space have been painstakingly placed to the very moments they were shot during the mission, as has every photograph taken, and every word spoken.

This project includes newly digitized and restored mission control audio. “The most exciting part of this already unbelievable website“ writes Catherine Baldwin, the NASA History Center’s editor and social media coordinator, “is the ‘discovery’ of missing tapes. For years, there had been four tapes missing from the 21-tape collection of Mission Control audio. These tapes contained the audio surrounding the onboard explosion. Their whereabouts were not clear until Dan Rooney of the National Archives found them stored with the accident investigation material and e-mailed Feist saying, “I found them!”. 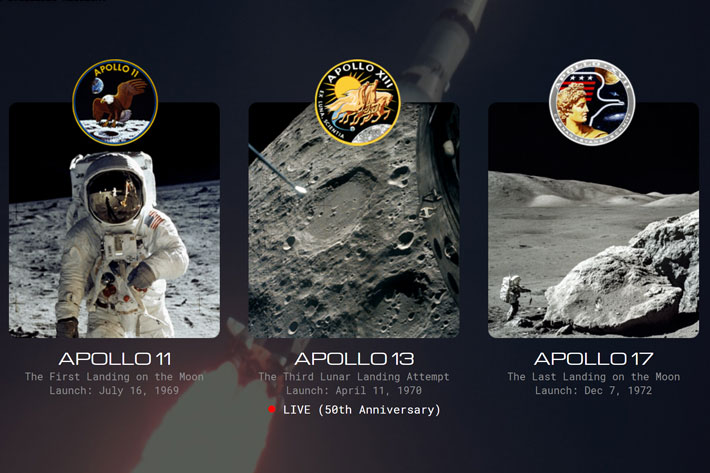 It is likely that these last four tapes were separated as evidence for the accident investigation that took place in 1972, writes Catherine Baldwin in the article “Missing Tapes And Acceptable Risk: Apollo 13 In Real Time” that expands on the whole story and reveals some interesting data about the project and the other two Apollo Real Time missions: the Apollo 11  and the Apollo 17, respectively the first landing on the Moon (launch in July 16, 1969) and the last landing on the Moon, launched on December 7, 1972.

A key highlight of the experience is, no doubt, the opportunity to listen to the missing tapes, which were discovered in the National Archives fall of 2019 and were digitized in February, 2020 and contain the time surrounding the onboard explosion. These recordings haven’t been heard since the accident investigation in 1970. Listening to them while watching all the other data that appears on your computer screen is like watching a movie that unfolds in real time right in front of your eyes.  Sometimes you’ll feel as if you’re there, living the moment, either inside the Apollo 13 or at Mission Control. 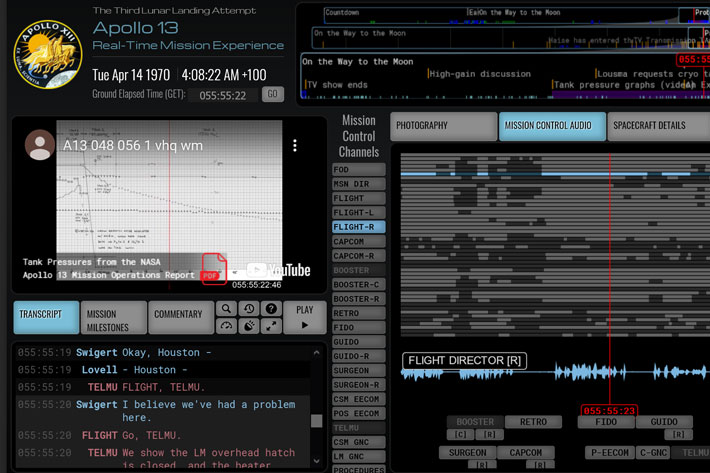 Houston, we’ve had a problem here

Thanks to a timeline that allows you to define the exact moment to watch, you can jump to the moment during the mission when astronaut Jack Swigert, says “I believe we’ve had a problem here”. You’ll probably will want to hear that first, as it has become a popular way to announce a problem, especially after the 1995 motion picture Apollo 13, where it appears as “Houston, we have a problem”.

The Apollo 13 Real Time interface feels a bit like the one you’ll find in a non-linear video editor, with a timeline navigator allowing you to pick the exact moment you want to follow. Upon starting the application,  you can select whether to begin one minute before launch, or click “Now” to drop in exactly 50 years ago, to-the-second during the mission anniversary.

The Apollo Real Time website is just another way to discover more about NASA and the Apollo program. Virtual Reality has been used to take us inside the Apollo, for the first landing on the Moon. There is, in fact, a whole series of experiences that allow people to spend their time in quarantine traveling to other places. Virtually, from the ISS – International Space Station to the surface of the Moon. Why not give it a try?