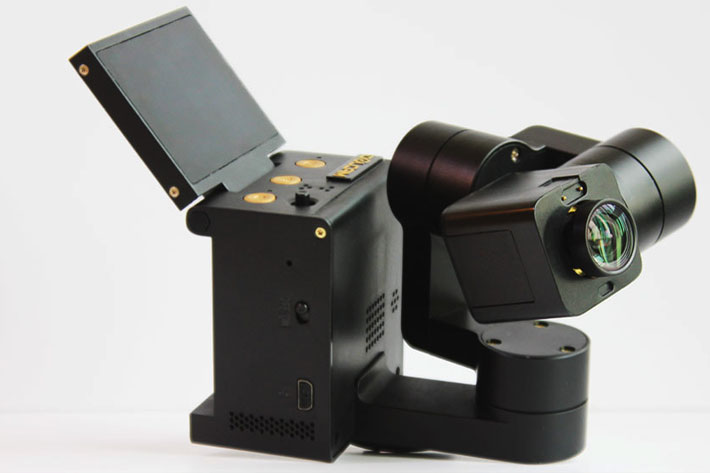 Three years after the first announcement, IDOLCAM is about to reach the market, a vlogging camera that includes all the essential tools a vlogger needs to capture high quality video content.

The message I received on Facebook was completely unexpected. I wrote about the IDOLCAM back in June 2016, as a project that would soon appear at crowdfunding space Indiegogo: the first pocket 3 axis gyro gimbal camera powered by a powerful computer with perfectly matched 6 axis gyro and 6 axis accelerometer, which eliminates movements from all directions at lightning speed. Was it about to put an end to jittery video?

As with so many things that are news today and forgotten tomorrow, I did not pay much attention to the evolution of the project after reporting the news. So when a message from Jason Lam, creator of the camera arrived through Facebook, with the author  thanking me “for helping us 3 years ago, covering the earlier prototype of IDOLCAM” I was a bit surprised. After all, in a world where so many crowdfunding projects go wrong, Jason Lam has managed to make it all the way towards transforming the project in the final product. 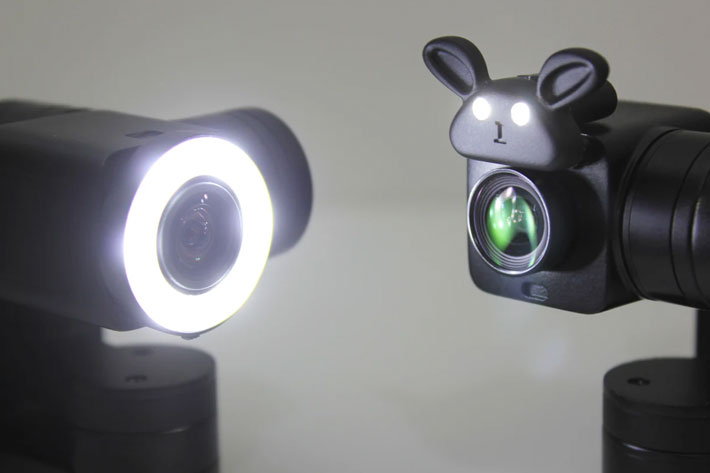 More than 3 years of struggle

It wasn’t easy! The camera was initially scheduled to be delivered October 2018, and here we are one year later. The company managed to raise $145K from Indiegogo and Kickstarter campaings, to further refine the camera, which is now ready, with the initial production batch of IDOLCAM to fill pre-orders around early November, followed with a larger batch before Christmas season starts. As Jason Lam says “It was a much longer journey then expected, more than 3 years of constant fighting between funding and R&D, but we are finally here with your help!”

Idolcam Co. formerly known as Aericam, a company that developed drones, gimbals and helicams for video professionals, has now created IDOLCAM, which summs everything the company has learned from years of research and development for pro video camera gears. They have managed to condense a 4k camera, a 3 axis gimbal, interchangeable lenses, a lighting system, a flip-screen and a high quality mic into a device that fits on the palm-of-the-hand.  It may not be exactly the original project, but what is announced now is a vlogging camera that may appeal to those who want a small, portable and versatile solution. 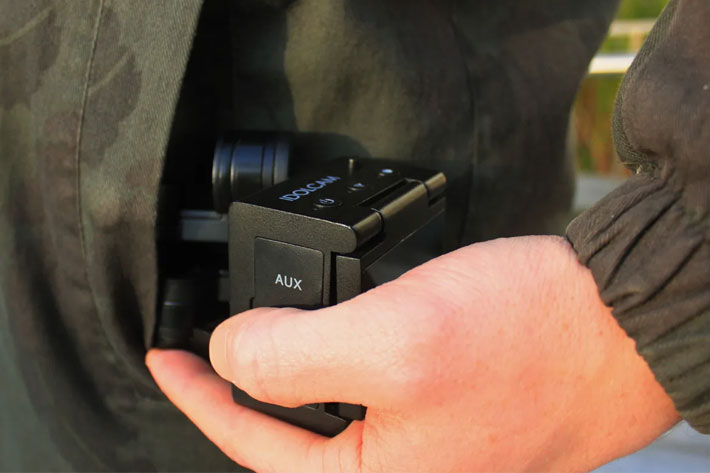 A steady-cam or a 10ft crane/jib

Founder Jason Lam said “IDOLCAM eliminates the need for users to spend minutes setting up the camera and charging different batteries for the gimbal, lighting, camera and sometime the monitor.  IDOLCAM turns on in just 2.5 seconds with all the essential tools a vlogger needed to capture high quality video content.”

IDOLCAM is a simple and powerful capturing solution for vloggers.  The core advantage of IDOLCAM is, according to Jason Lam,  the lightweight 3 axis gimbal stabilizer with 5 shooting modes (FPV, slider, crane, RC control, moving time-lapse) that can transform IDOLCAM into multiple video tools such as a steady-cam, a 10ft crane/jib when use with a selfie stick, a long range remote controlled 3 axis camera to use on drones and cable cams and also a 3 axis time-lapse motor head for more dynamic panning and tilting time-lapse videos.  A short video published here demonstrates some of  the shots possible by solo shooters with IDOLCAM. 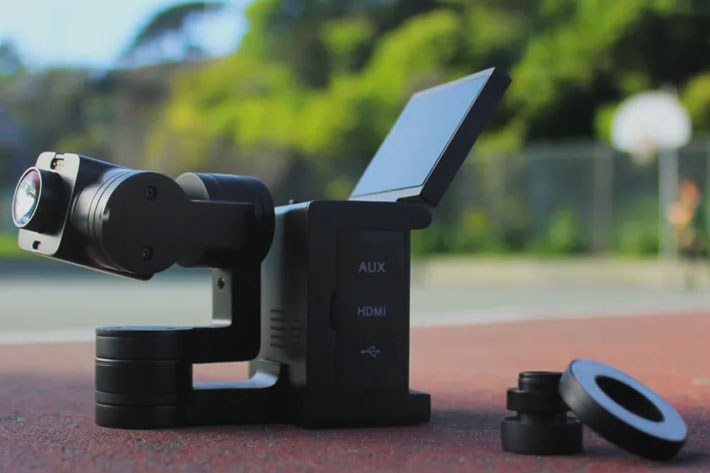 Some more information about the new IDOLCAM: 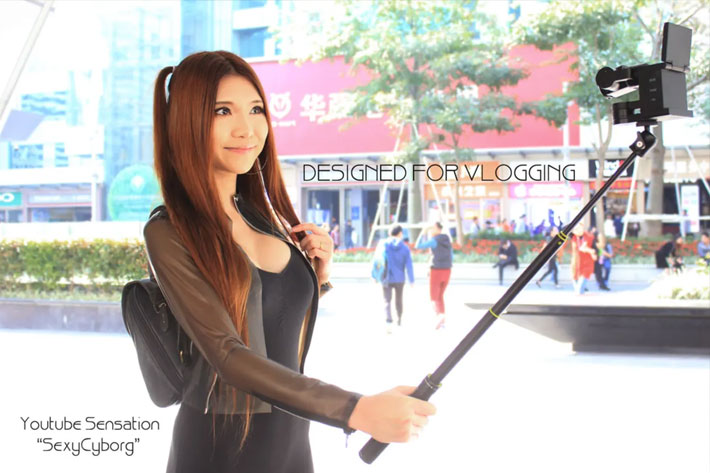 Idolcam is capable of 4K 30fps and 24fps, 2.7K 30fps, 2.5K up to 60fps, 1080 up to 120fps, 720 up to 240fps video and 12 Megapixel photos powered by Ambarella SOC and Sony image sensor. Every IDOLCAM purchase will come with a fisheye lens for action sports, a wide angle lens for vlogging, a beauty ring light for filling in shadows, a protection case for easy transport, plus an affiliate program so user can start to monetize instantly for $499.  Pre-orders are currently available for $399.

Being an all-in-one compact vlogging camera, IDOLCAM comes with an affiliate program to let users monetize their video and social traffics right after the purchase of IDOLCAM, so they do not have to wait for months before qualify to monetize on YouTube. Currently, anyone wanting to make money on Youtube, will first need 1,000 subscribers and 4,000 hours of video views within a 12 months period in order to qualify to monetize.

This process, says Jason Lam, will likely take months for the average person to achieve. Decided to address the situation, IDOLCAM Co, offers an affiliation program to their users to allow them to monetize their video and social traffics right after the purchase of IDOLCAM and increase their chances of succeeding as vloggers.  IDOLCAM Co. will pay users between a 10% -15% commissions for each sale converted from their traffics.

For more information visit IDOLCAM, or reach out to founder of IDOLCAM, Jason Lam at [email protected]

The post IDOLCAM available in November: is this the ideal camera for vlogging? appeared first on ProVideo Coalition.