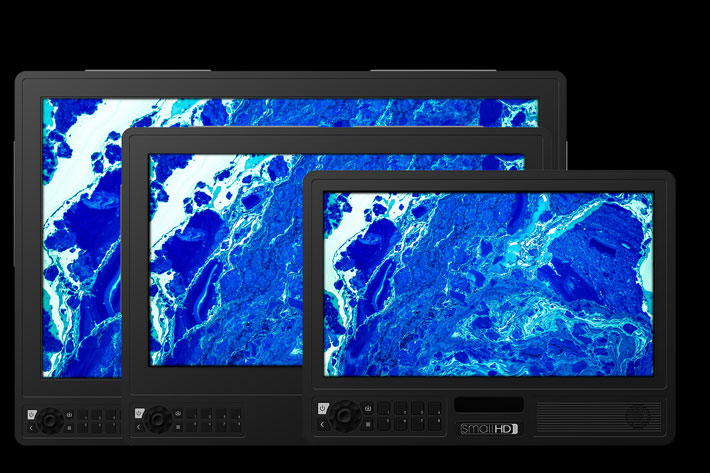 Don’t just shoot 4K, monitor in 4K and 4K HDR too. That’s the logic behind the new monitors from SmallHD, named Small4K, two series that expand the portfolio offered by the company.

One new family name, Small4K, two series, designed with different type of users in mind: the HDR Vision Series and the Cine Series,. While specifications may differ, size is the same for both lines: 13”, 17”, and 24”, so you pick the monitor that best fits not only your needs but also the space you have ou gear you can carry.

Small4K monitors are built around state-of-the-art 4K panels,  says SmallHD, “representing a significant leap forward for critical viewing of on-set images. Both the Vision and Cine Series monitors are housed in elegant milled-aluminum chassis and are outfitted with a versatile array of power and video interfaces — including 4x separate 12G-SDI inputs with loop-out. “ 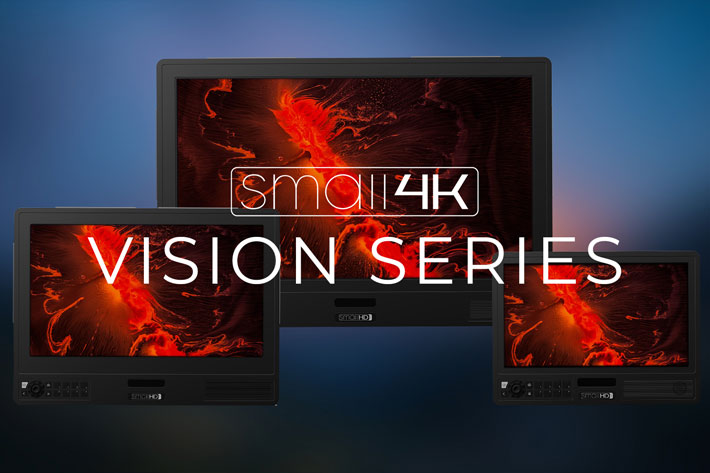 “For years, content creators have been shooting in 4K HDR, color-grading in 4K HDR, and watching 4K HDR at home on their televisions,” said Greg Smokler, Head of Cine Products for Creative Solutions. “We believe the Small4K Cine and Vision series will allow filmmakers to finally start monitoring in 4K and HDR on their sets.”

The ultra-accurate Small4K Vision Series features everything available on the Cine Series, but raises the bar even further — making true 4K HDR monitoring a reality on set. The Vision Series monitors are reference-grade and feature a 1000 nit display with a 1,000,000:1 contrast ratio. This capability is made possible by a custom-designed Full-Array backlight with over 2000 zones, which offers superb contrast and precise HDR performance. Vision Series monitors cover 114% of the DCI-P3 color space, are fully calibratable, and offer advanced exposure tools for accurate control of HDR cinematography. 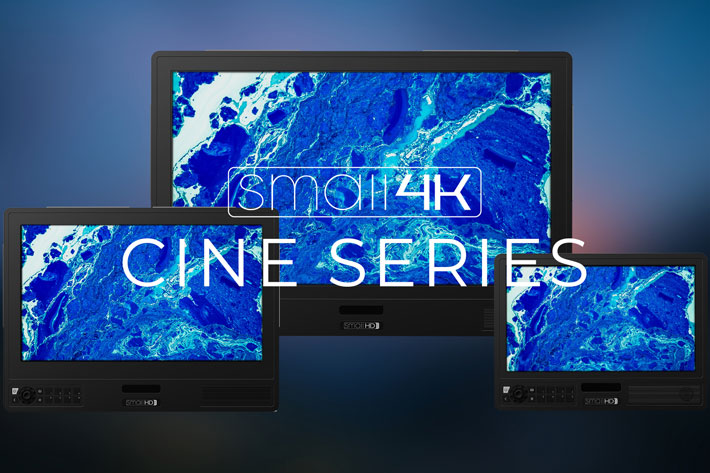 The Small4K Cine Series expands on the Cine Series lineup that began with the SmallHD Cine7 on-board monitor. The Cine Series monitors are full-featured, with a deep assortment of power, video, and data communication ports. They have beautiful and bright screens displaying rich color and sharp detail. The Small4K Cine Series features a fully-revamped release of SmallHD’s OS3 operating system, building on SmallHD’s intuitive user interface with curated exposure tools and workflows for production functionality.

SmallHD shows these and other monitors from its extensive portfolio at IBC 2019, Amsterdam, Netherlands. You’ll find them at  booth 12.E65.