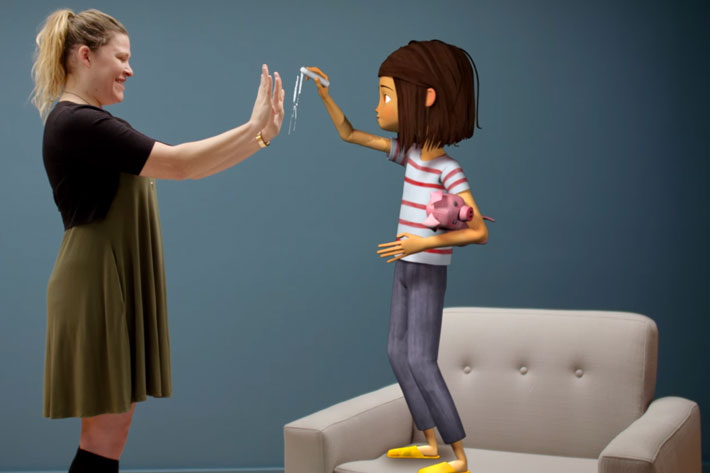 Lucy, the star of Wolves in the Walls VR experience, from Fable, is a fully realized virtual being who addresses you directly and interacts with you as a visitor in her world. Lucy just won an Emmy Award!

Wolves in the Walls earned a Primetime Emmy for Outstanding Innovation in Interactive Media, an award that recognizes exceptional distinctiveness, inventiveness and relevance in expanding and redefining the conventions of interactive media experiences. The VR experience is, in fact, more than an adaptation of a book story to the world of Virtual Reality, as it serves to introduce Lucy, Fable’s first Virtual Being, to the world.

The award now received by Lucy and Wolves in the Walls is the culmination of a four year journey that saw Fable Studios change name to just Fable and move from its initial goal, Virtual Reality, to the exploration of the concept of Virtual Beings, characters that creators see as a fully realized virtual beings who addresses you directly and interacts with you as a visitor in their world. Lucy has been a passion project for so many, says Edward Saatchi, part of the founding team of Oculus Story Studio, in 2014, and currently the CEO of Fable. He adds that “we are incredibly grateful for all of the magic and technical prowess that has enabled this journey”.

The VR experience is based on Wolves in the Walls, a book by Neil Gaiman (story) and Dave McKean (illustration), published in 2003, in the United States. The book was highly praised on release, winning three awards for that year. Neil Gaiman has said the story was inspired by a nightmare his daughter Maddy, then aged 4, had that there were wolves in the walls. In the story the protagonist, Lucy, hears wolves in the walls of her family’s house, but her family does not believe her until one day when the wolves come out of the walls. 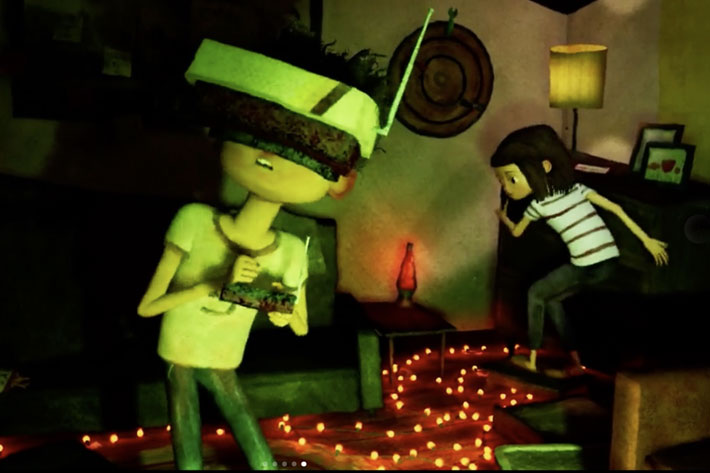 The book is considered notable, both because of Neil Gaiman narrative and Dave McKean’s art. The illustrator, utilises many different techniques, including photography, computer-generated imagery and drawing to achieve its effect, an experimentation that makes Wolves in the Walls a story asking for other ways to be explored. In 2006, it was made into a musical which toured the UK and visited the US in 2007. Then Fable picked the story and decided to transform Lucy into a Virtual Being.

According to Fable, a Virtual Being is a character that you know isn’t real but with whom you can build a 2-way emotional relationship. Virtual beings range from digital influencers like Lil Miquela to artificially intelligent agents like Mica from Magic Leap. Fable also says that a Virtual Being’s life can be experienced through Instagram, augmented reality headsets, your iPad or iPhone, chat, Alexa, virtual reality glasses and more. Just like us virtual beings exist across many different media.

While that may be true, I find it hard to get in other media the same level of immersion you experience in Virtual Reality. From the moment you step into Lucy’s universe, you’re there, and you can almost feel the wolves around you. It’s a unique sensation that, as far as I see, no other medium can give you. The whole experience takes a whole new dimension when Lucy talks to you and draws your virtual hands, so you can pick the Polaroid camera to photograph the wolves coming out from the walls… 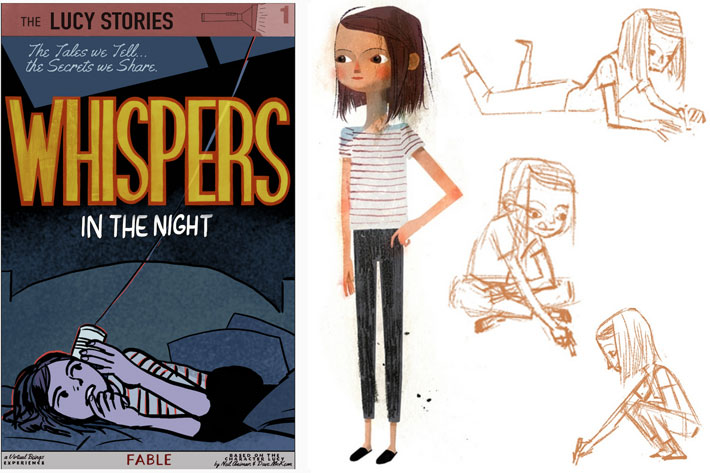 Whispers in the Night is next

Wolves in the Walls is a unique experience that, as someone commented on the Oculus Store, “is art and replenishes any faith in VR movies in case needed”. The ability to “interact and become part of the story is awesome” is also noted, and the general reception is very positive. You do need a powerful computer to get the most of the graphics – a NVIDIA GTX 1080 is recommended – but on an Oculus Rift S headset, the visual experience is brilliant.

With Pete Billington as director and creator, Jessica Yaffa Shamash as creative producer and creator and Edward Saatchi as executive producer, Wolves in the Walls is now on Early Access at the Oculus Store, and is a FREE experience that clearly demonstrates how VR and AI can be used to bring to new audiences classic book narratives. The team behind the project said, when receiving the Emmy, that “we have always believed that the work on this project was significant to the future of interactive media and that was just cemented in history.”

Lucy will return, with another story being developed, Whispers in the Night, which is part of a collection of interwoven chapters. Audiences will discover and grow alongside Lucy as she shares her deepest thoughts and imaginations, completely unique to their personal exchange. With the ability to share objects with the audience, Lucy and interactive characters represent, according to Fable, the future for AR/VR storytelling for the company. 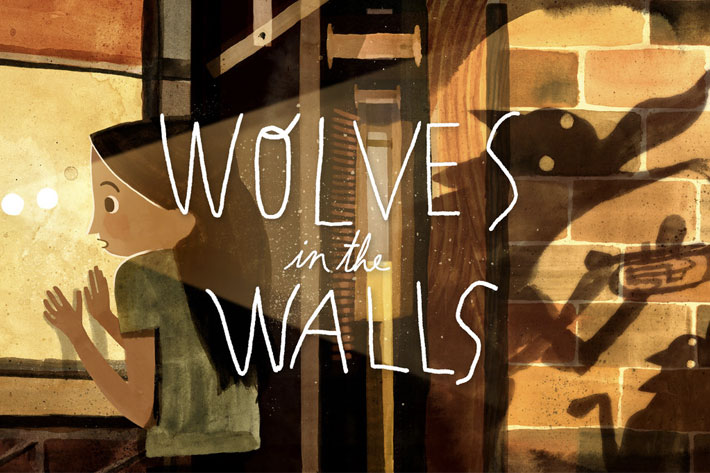 Artificial Intelligence plays a big part in the creation of those Virtual Beings. According to Fable, “the rise of Machine learning since Geoffrey Hinton’s team’s Imagenet victory in 2012 has, for the first time given humans a new tool to bring characters to life. But machine learning and AI alone aren’t enough. We need artists working alongside engineers. The virtual beings of the future might one day be the UI for our next Operating Systems; and if the next operating system is a character, then it will be a work of art as much as a feat of engineering.”

The post VR experience: Wolves in the Walls and Lucy, a Virtual Being, win Emmy Award appeared first on ProVideo Coalition.