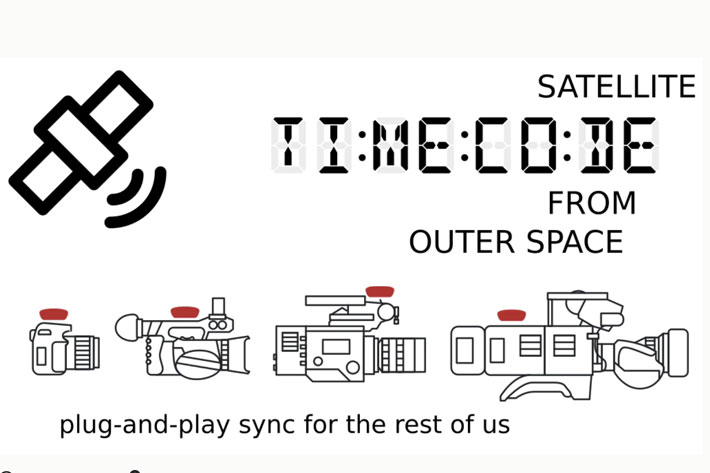 Ari Krupnik decided sound sync was a good place to try a different approach, so he created LTCsync. Now he reveals DISH, a way to sync sound using satellites. It’s plug and play sync for the rest of us!

Back in April I presented PVC readers LTCsync, a timecode system that is simpler to use than a clapper. Designed by Ari Krupnik, who believes his previous tech experience can be used to reduce manual labour in film, LTCsync is a timecode system based on a completely new approach to the sound sync problem: it uses satellite dishes to make everything work.

Ari Krupnik wanted filmmakers to try the LTCsync software, so he approached ProVideo Coalition with the project. His aim was simple: “know how our software performs in the real world. We’re asking people who use LTC in their work to download our pre-release and try it”. He added, then, that the hardware that would work with LTCsync was being developed and he would tell me more when it was ready. 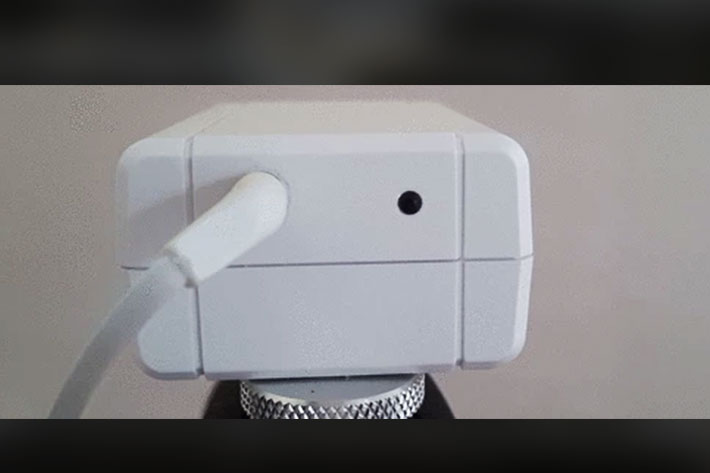 The goal of the whole project, he said, is to “eliminate as many switches and settings as possible, to make a system that you just plug in, turn on and focus on the shoot instead of babysitting the timecode” so he decided “to base the device on satellite time signals. I call my device DISH, like a satellite dish. Satellite time is very accurate, and it’s universal. You never have to jam-sync Dishes. They never drift. They always run on UTC. They work with expensive cameras that have timecode input, and they work with DSLRs by recording timecode on audio tracks.”

So, that’s what Ari Krupnik and team are sharing on Kickstarter. Even before it goes live, the first filmmakers that got to try the system or see the concept claimed that “It’s such an obvious idea that it should already exist!”, as assistant editor Daniel García said, while DP Matt Martin commented: “This will change the world we live in when it comes to production.”

The master clock in the sky

DISH is a zero-configuration timecode generator. Looking back,  Ari Krupnik  says that “when I first started working in film, I thought:how hard can sync be? Then I saw what they saw: rows and rows of cryptic switches. Line Level? Time Of Day? Free Run? User Bits? Drop-Frame? What if I get one of these wrong?”

Aiming to make the whole timecode sync a more humane experience, Ari Krupnik developed the software and now the hardware that will make the process simple. As he puts, it, it’s plug and play sync for the rest of us! When presented with the project sound engiuneer Peter Graf said: “I have the feeling that you are onto something good.”

For sync to happen a master clock is needed, right?. It so happens that governments and private companies have put satellites in orbit that transmit very accurate time. You can get precise UTC time anywhere in the world. No more asking, “Which master are we jammed to?” “Is this one running as master or slave?” “Are we running Time of Day?” “When did you last jam this one?

DISH is always at 24fps

It’s really simple, apparently: when you put a DISH receiver on your camera, it becomes a timecode zombie. It mindlessly follows signals from a global cabal of satellites in space. No more drifting. No more jamming. No more free run. Satellites are in control. Sound and picture are in sync. The “magic” of it is that it all happens through a box that, during the development process lost every button or switch, even the on-off switch. DISH turns on as soon as you plug in an output cable.

DISH does have one controversial aspect, though: it locks down the frame rate and output level. DISH is always on 24fps and mic level. Ari Krupnik says this is “where people give me this look: are you for real?” to what he replies with “I am. The differences between 24fps and 23.98, 30 and 29.97, drop-frame and non-drop-frame, etc., trip people up. To avoid this confusion, DISH puts the timecode on an audio track. Audio streams are inherently continuous, and can take timecode at a different rate than the video in the same file.”

There are solutions for this, he says, and they are explained on the Kickstarter page now created, where the team looks for crowdfunding to reach its US$ 10,000 goal. Research and development are done, based on the feedback from everyone from casual users to industry veterans, and the DISH is ready to conquer timecode sync with signals from outerspace. The team just needs the support from users to make a real production run.