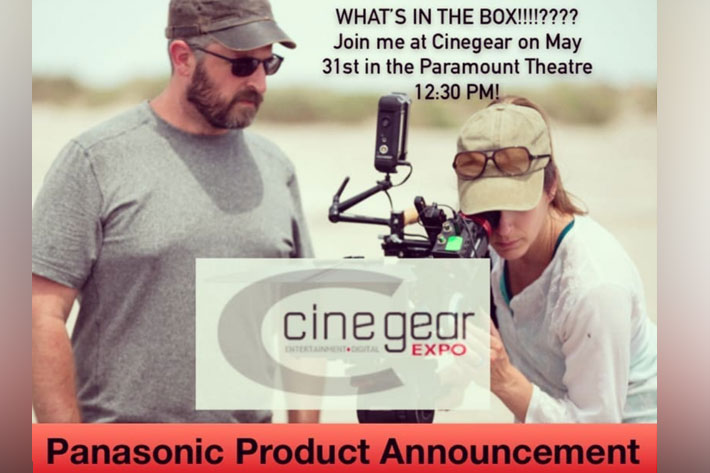 The Paramount Theater on Friday, May 31st, at 12:30pm is the place to be to see Panasonic reveal the “exciting new secrets” the company will unveil at Cine Gear Expo 2019.

Cine Gear Expo at the Paramount Studios in Los Angeles is the stage chosen by Panasonic to reveal its  LUMIX Cinema “top secret” camera. Panasonic is not alone, as Sony also has a presentation related to cinema and video, the same day, and also with Cine Gear Expo 2019 as background.

Panasonic’s presentation, though, has kept everyone curious, with lots of rumors and suggestions. It’s clear that no one knows exactly what’s coming, but those using the Micro Four Thirds GH5 series wish there is a GH6 coming, while others believe that since Panasonic went full-format, this can be a video-centric L-mount camera. Others, still, believe a EVA2 can be about to be revealed. Depending on where you read, you’ll get a variety of opinions. There is at least one person that knows and apparently has used the new products and the top secret item or camera: Alicia Robbins, a Los Angeles based DP, “living the dream of working in film and TV”, as she writes on her Instagram. 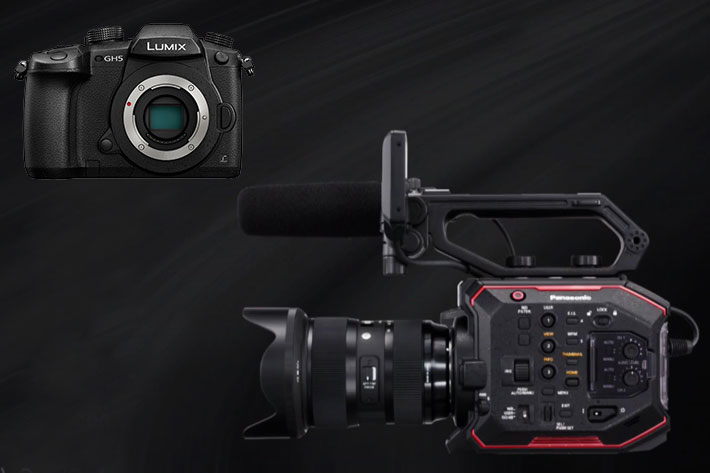 Alicia Robbins uses Panasonic cameras, and the list of gear she uses includes the Panasonic EVA1, so there may be an hint here for some of those asking what’s coming next. But she also uses the Panasonic LUMIX GH5 (2 bodies) so she can be very well familiar with eventual new models from each family. It should be noted, though, that all suggestions point to a LUMIX cinema camera, and that kind of excludes the EVA family. So, could this be the GH6? It can, but it can also be a L-mount cinema camera, as the full frame models also used the LUMIX brand.

The rumors suggest that this L-mount camera will be bigger than the actual LUMIX S1 and S1R, feature 6K video and full built-in log settings. I could be true, but no one knows. Or better,  Alicia Robbins knows, and she wrote on her Instagram “Join me in at Cinegear where I’ll be presenting on stage with Panasonic for their new product announcement! May 31st, 12:30pm, Paramount Theatre!”

The official information from Panasonic states that “Panasonic Lumix has some exciting new secrets they are ready to unveil at Cine Gear!” and invites people to “join Panasonic and Director of Photography Alicia Robbins for a sneak peek at something exciting and new from Lumix.” The product announcement note adds that “Alicia will cover her initial thoughts on the new products and provide a screening that showcases what is possible with this top secret item.” 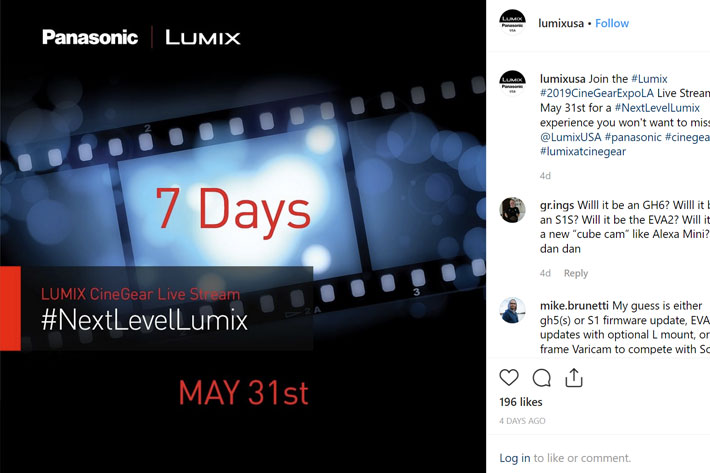 Is the new LUMIX a L-mount cine camera?

It’s important to note that Panasonic talks about “new products” and mentions that Alicia Robbins will showcase what is possible with this “top secret item”. What this seems to suggest is that Panasonic  will reveal more than one product, of which one is a top secret item. If it is so, can one consider that one of the new items may be the Full V-Log recording promised for the LUMIX S1 mirrorless, due to arrive in July through a paid firmware update, allowing the camera to offer 4:2:2 10-bit 4K 24p/30p internal video recording and 4:2:2 10-bit 4K 60p HDMI output? Or is a firmware update not a product?

Still, this firmware update is not a secret, so the real news must be something else, a new product that no one seems to know, yet. It is true, though, that announcing a new LUMIX L-mount camera now, when the other models are yet to be available everywhere, does not seem to make much sense… but maybe Panasonic knows something we don’t know. A new EVA2 would make many people happy, but the LUMIX name does not point in that direction, and this is raising a lot of questions. I guess that’s exactly what Panasonic wants. That’s the reason why there is a top secret item. For a couple of days more, as the clock is ticking.