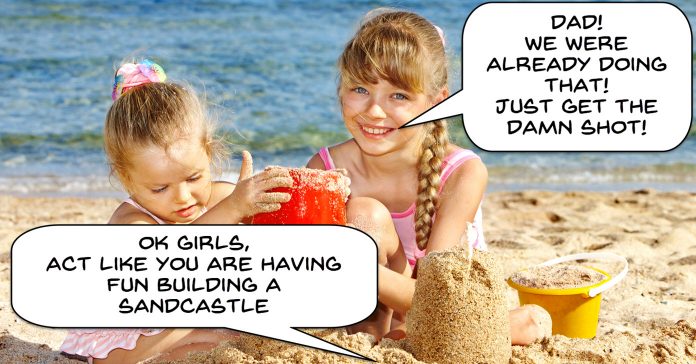 How To Tell A Story

One of the most difficult concepts to explain to new editors or video makers is the concept of story.

Go to just about any website or video channel on the subject of creating videos and inevitably there will be someone (like me) banging on about the importance of story.

Click here to see me banging on about story!

Now that’s all very well but to the newcomer who had just shot hours of footage on their family holiday the concept of story seems a little far fetched.

For me one way to look at it is the getting the idea that you are not “documenting” whatever it is that you are shooting.

What you are doing is shooting enough video footage so that when you get into the editing stage you are able to “represent” the event that you just shot.

The same goes for just about any video project you can think of.

Again, the problem is trying to help people “see” this concept with reality so, watch the video below for an almost perfect explanation of story.

How To Make Multicam Video In Powerdirector 17

Most fully loaded video editing software these days will come with a feature that first appeared a few years back called “multi-cam” editing.

The name may vary from product to product but the basic function is the same and it is a solution to a very real modern problem.

It is more than likely that when it comes time to editing together footage of an event you will have at your disposal assets from a number of different sources.

Put simply, everyone at the party has a smart phone and they are all probably going to be shooting something at some point!

Incorporating all that footage into one project can be a seriously slow and time consuming practice if you have to view every clip, load them all on to the timeline and start cutting it all together.

These modules work in almost the exact same way that the switching desk works whenever you see a live production being broadcast.

In that situation all the cameras available are always on and shooting but what goes to air is determined by the director who is calling to switch from camera to camera.

Multi-cam editing mimics that so that all the footage is loaded into tracks within the module’s timeline and as they play through you can switch from clip to clip and it is a real time saver.

To check one out in real time watch the video below as it is done in CyberLink PowerDirector 17.

This is an excellent excerpt from a larger editing course on working with audio in your video projects.

The reason I added it was that I have never seen this trick before and it is an awesome way to very simply create interest in an audio track.

This is a good walk through of adjusting a voice track to make it sound a bit better.

I have a similar tutorial on this site called Cleaning A Voice Track With Audacity and you can check that out HERE.

However this tutorial in another software goes through the effect a few others enhancers and filters have on an audio track and is worth taking a look at.

The tutorial itself is done in Premiere Pro but don’t be thrown by that.

If your video editing software has advanced audio capabilities you will most likely have the same effects to choose from and if not, the free program Audacity definitely will have you covered.

Don’t focus too much on the actual adjustments or the names of the effects being used because they can vary from software to software.

Just concentrate on the sequence of adjustment and most importantly follow the advice of having a play around with the effects in question to get a good result rather than rely on presets or copying the settings used in the video.

Bear in mind that the changes and results you get by applying effects in audio editing software can vary wildly depending on the software and the source audio files you are working with.

I have added a couple of videos below from Sharper Turtle covering the subject of fade transitions.

Now on the surface of it you may think all fades were created equal so you add a fade transition and life goes on!

Well the truth of the matter is that you don’t necessarily need to use a preset fade transition to achieve a fade transition in the first place but more importantly the nature or feel of that transition can result in surprisingly different effects.

The rapid zoom effect is a technique that has begun to appear more frequently especially on YouTube videos.

Simply put it is a sequence of clips that are individually only a few seconds long making an overall clip that acts like a sort of extended transition.

Each individual clip is set to zoom in as it plays and to really get the idea it is probably best to just check the sequence in the video below.

Like most wizz bang sequences of this nature the concept of less is more really has to be applied!

You can use a zoom sequence occasionally for impact and it works very well… just don’t go using it all the time as it gets very old, very fast!

Although I am sure the people at Filmora intended the video below to be a great promotion for their new Pro version and an excellent resource for their existing users… turns out it is so much more than that!

In going through the color correction and color grading modules of the software the tutorial actually offers an excellent insight into what all the settings are and how they all work together and not just in Filmora.

The information in this video applies to any color correction or color grading software module and even gives an awesome explanation of scopes which really are the keys to this activity.