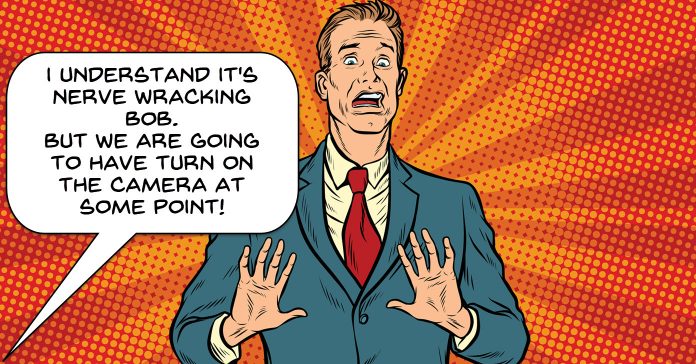 How to Talk to the Camera

If you are anything like me then you will really understand the pain that is talking to the camera!

I have never really been able to do it and despite learning and practicing and then practicing some more I still end up sounding like an idiot!

The reason I sound like an idiot is because as soon as that “record” light goes on my brain shuts down and my mouth just goes off on it’s own without any regard for what is being said.

I have truly given up on it myself but if you still hold out hope for yourself then more power to you!

Check out this video for some tips.

OK so at the moment 4K video in kind of creeping into our lives and is becoming more and more available as a shooting choice.

I am sure that thousands of people have merrily gone out to shoot 4K only to have their home editing computer choke and fall over when it cam to the editing stage.

One of the best things you can do to work out whether or not you want to use 4K is to get some and have a play with it.

So at the link below you can download a few 4K clips shot on a RED camera.

These are ideal for working out if your computer can take it as well as good footage to practice your color grading and color correction skills.

How to Edit Drone Footage

These days drones are becoming incredibly affordable and offer even at the cheaper end of the market, some pretty astounding looking footage.

However one of the main drawbacks of drone footage is that if you are going to include it as part of a project that has been shot on other devices, it tends to look a bit strange.

Shifting from some tasty drone footage to some tasty looking ground footage loses a lot of the “tasty” when the difference is so great that it is a bit jarring!

Check out the video below for some simple tips on getting your drone footage at least a little more matched to the rest of the footage you are going to use in a project.

What Does it All Mean?!

At the moment there are very few video editing software programs around anymore that do not offer some kind of color correction tools.

Whether those tools are simple or complex they will usually offer at least one kind of analysis of the video you are working on that is represented graphically.

The most common one is the histogram.

The reason these tools are included and are so important is because after 5 minutes of staring at a screen trying to correct or grade the color of a clip, your eyes are going to start deceiving you.

That clip you thought was perfect in yesterday’s editing session will very often look completely insane when viewed with fresh eyes the next day!

That’s where the coloring tools come in because they give you firm guidelines within which to work.

The only real problem is understanding what each of them is telling you!

Check out the post below for a good explanation of these different tools and what they are telling you about your video.

Best and Easiest Ways to Hyperlapse

Over the years I have added a few tutorials on the subject of hyperlapses and if you are not sure what that is here’s the quick explanation.

A time lapse video is simply a video that is put together from a series of images taken over time.

A hyperlapse is exactly the same concept only in this case the position of the camera is constantly and consistently changed.

In this way you not only get the effect of time lapse but also of a constantly changing perspective on the scene being shot.

If done well they can be used very effectively in projects where you need to convey a sense of time moving quickly.

Anyway, in the video below you can get some good tips on shooting a hyperlapse as well as learning a few of the rules you need to follow to make them look good.

How Camera Movement Relates to Story

I think I posted something like this a few months ago but it doesn’t really matter and it is worth repeating.

Sometimes at the amateur level we shoot things as best we can with what is available.

Then when we look back at the footage we find that we certainly got what we were going for but somehow the footage doesn’t really “say” what we wanted.

Often that’s because we have inadvertently added camera movement to our shots that may not really be what we needed.

The key to this is understand what certain camera moves do to shots and how that movement affects the viewer.

PowerDirector – Use a Vertical Video in a 16×9 Project

When you are adding a video that has been shot vertically on a phone or other device to a regular 16:9 aspect ratio project that video obviously will not fit correctly.

There are basically two choices you have in that case.

You can just leave black bars to either side of the video or you can execute the blurred background effect you often see.

The video below covers how you can quickly achieve that blurred effect in PowerDirector and the same goes for most video editing software.

Sadly gone are the days when you just shot however you wanted in widescreen, burned it to a disc and everyone was happy!

These days there is a multitude of variations on how your final video should be produced based on your distribution method.

Here’s a run through on producing specifically for FaceBook and Instagram and although this one is done in Filmora, the process and settings are the same regardless of what editing software you are using.

This is a really good demo video showing some great camera tricks that anyone can use.

There is a tendency to think that all the tricks are going to somehow be created at the post production or editing stage but in reality there is a lot you can do at the shooting stage as well.

Let’s face it, in the old days the only tricks you could do were camera tricks and there was very little you could do when editing.

There are a set of tools that come with CyberLink PowerDirector designed to allow you to make some semi automated editing decisions and thereby save some time.

Now to be honest I am not a big fan of most automated tools but one thing that they are often good for is to get you into a position to fine tune.

If you check out the video below you will see a tutorial for the Magic Cut tool.

Its main purpose is to edit or cut footage on the timeline to exactly match a particular audio track you ate wanting to use.

Even though it does exactly what it says on the box the results can be pretty mixed.

However if you learn to use the tool as a “rough cut” tool then take over the final tweaking of the video it can be a real time saver.

How To Make Titles & Text In Cyberlink PowerDirector 17

A simple walk through of the Titles and text features in CyberLink PowerDirector 17.

This is just a quick demo of some of the more important keyboards shortcuts you can use in Filmora9.

The reason I have included it is because the video itself conveys what I think is an important message regarding your editing workflow.

We all start of a little at sea with video editing software.

Let’s face it, editing software has no counterpart in the real world that we can compare it to so everything is unfamiliar.

Software companies understand this and in an effort to get you up and running as painlessly as possible they heavily promote the “drag’n’drop” style of their interfaces.

This is all very well until you have started to master that style and very soon the process begins to feel very slow and very repetitive.

Of course that’s because it is very slow and very repetitive!

What most people are missing is the use of keyboard shortcuts and they often ignore them even after they become aware of them. Why?

Because when you start using keyboard shortcuts everything feels slow and awkward and frustrating… just like it did when they started out with the “drag’n’drop” method!

The thing you have to understand is that by just learning and repeating certain actions with a keystroke and repeating that action often enough, editing gets so much faster and so much smoother.

Give it a try!

With the recent release of Filmora Pro there have been quite a few tutorial videos coming out on the new features of that program.

One of those more advanced features in the Pro version that you don’t get in the more basic Filmora9 is the use of keyframes.

The introduction of keyframing to consumer level video editing software was probably one of the more important advances over the past ten years or so.

Previously it was only found in pro software and as a feature can be applied to so many different things.

You can use keyframes for audio effects, video effects, create moving paths, increase and decrease effect intensities and on and on.

This is just a simple walk through on how to add the same transition to more than one set of clips on the timeline in PowerDirector as well as how to set a default transition for a project.

OK this is not really anything to do with video editing but I find that every now and then I need to debug something in my Windows system.

Invariably that leads me to re-booting my computer into Safe Mode which in turn leads me to the inevitable search for how to do that in Windows 10.

So I am selfishly including this in a Roundup so I can find it easily.

Move along… nothing to see here folks!

The post The Friday Roundup – Talking to the Camera, Drone Footage and Movement appeared first on The DIY Video Editor.